Last year, the Coalition for Children Affected by AIDS and ViiV Healthcare’s Positive Action awarded $40,000 in grants to eight organizations dedicated to helping children and adolescents affected by HIV in low- or middle-income countries. Each winner received $5,000 to produce either a scientific article or a case study that documents how the use of social protection supports HIV testing, treatment, and care for children.

One of the winning proposals was submitted by the Elizabeth Glaser Pediatric AIDS Foundation (EGPAF) to document their Bread of Life program in Turkana County, Kenya. The Coalition spoke to Rogers Simiyu, who oversees the project on the ground. 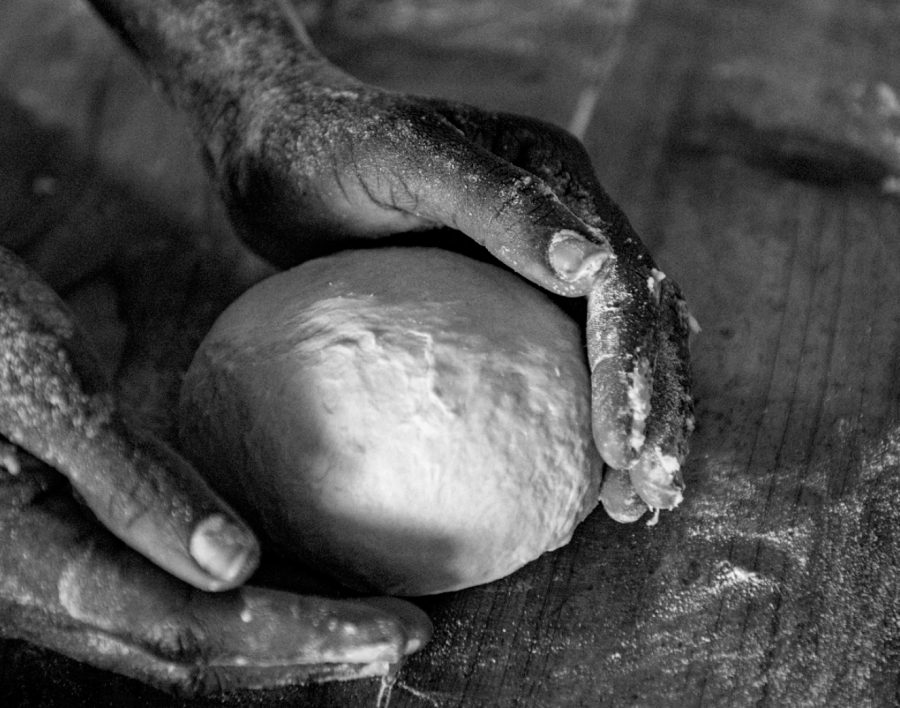 Q: How did the Bread of Life program get started?

Bread of Life came out of the need to ensure that HIV-affected children and their families can achieve viral suppression in Turkana County. The region is very food insecure, and the average walk to the nearest clinic is around 50 kilometers. We were providing ARVs [antiretroviral medication] for families, but some of them were going two to three days without meals, and they couldn’t take their medicine without food.

We sat down with parents and caregivers at the regional clinic to talk about solutions. It was clear that empowering the patients was important, so we partnered with Turkana’s Ministry of Health to create a livelihood project. We were brainstorming, and they agreed they wanted to make bread. Many of the women were at home while their husbands were fishing or looking after livestock, and this was something they felt they could do.

EGPAF worked with the Lowareng’ak Health Centre, which serves over 100 local clients affected by HIV, to turn part of their facility into a bakery. The bakery opened in November 2017, and we trained 23 women how to make bread and manage a business. A grant from ViiV allowed us to expand the project, and today 64 women are working to bake and sell about 200 loaves per day.

The women have been selling the bread in Lowareng’ak and a neighboring town, and also at nearby schools. This has given them money to buy soap, pay for their children to go to school, and move beyond one meal per day. They can also pay for transportation by motorbike to attend their medical appointments on time. One year after starting the project, we saw viral suppression for the women jump from 36% to over 90%.

Q: What impact has the program had on children and infants specifically?

Since launching Bread of Life, 29 children have received care and treatment. Of those, we have retained 12 children—six of whom are orphans—who are accessing care and treatment regularly. All 12 children had a high viral load before their caregivers were linked to the program, but now all of them have achieved viral suppression.

The mother-to-child transmission rates at Lowareng’ak Health Centre have also dropped to zero. Last year, all eight of the HIV-exposed infants connected to the program tested negative at 18 months.

Q: Does the project provide any additional supports?

The profits from bread sales have been used to create a community social protection fund. By pooling the earnings, the fund is helping to pay for children’s school fees and uniforms, hospital bills for families, and even a stipend for those who are unable to work in the bakery. Six children are attending school as a direct result of the fund.

The women have also used the fund to loan money to their husbands—some of whom are fishermen—so they can buy nets and hire boats. When we started, some men were forcibly taking money from their partners. But when they started using the social protection fund, it reduced partner violence in a big way because they were no longer competing over resources.

As for psychosocial support, there is a health education element where women sit together on clinic days and provide encouragement to one another. They also formed breastfeeding clubs through the project. Overall, the clients’ self esteem has really improved because they are able to care for their children.

Q: Has the project been able to combat stigma at the community level?

Unfortunately HIV is highly stigmatized in this community. In the beginning, people said, “HIV-positive women can’t make bread for us, because they are sick.” But that changed when they tried the bread and discovered how tasty and sweet it was. Before ‘Bread of Life’, they had to wait for bread to come from 100 kilometers away. Now they get fresh bread from women with HIV. Society is accepting their bread and it has encouraged discussion. They see that, even with HIV, these women can live a normal life. They no longer feel a need to hide when they arrive at the facility to bake. They come, they carry their bread, and everyone sees and accepts them.

Q: Are there plans to expand the program to reach more children and families?

The ‘Bread of Life’ model has already spread to 10 other facilities, allowing us to reach almost 500 patients. All of them were saying, “Okay, if those guys can bake bread, then we can do something here too.” They chose projects that were dear to their hearts. Some people are making soap and detergent. Some are buying and selling livestock. And some are even doing horticulture with a greenhouse. We provide them with the skills they need to get their businesses going and encourage them to learn from the success at Lowareng’ak.

To learn more, watch EGPAF’s short film on the Bread of Life project and read the case study.